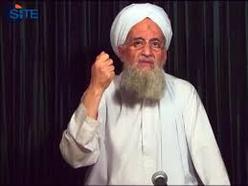 NEW DELHI, India - A 55-minute long video by Al Qaeda leader Ayman al-Zawahiri announcing a new front of the terror group in India raised an alert Thursday in the South Asian nation that has the third largest Muslim population in the world after neighbouring Pakistan and Indonesia.

In the video statement released late Wednesday, the terror group which mainly operates from Afghanistan and parts of Pakistan's tribal areas, announced it will launch a new branch in the Indian subcontinent to revive jihadi movement in a region "which was once part of the land of Muslims, until the infidel enemy occupied it and fragmented it and split it".

Al-Zawahiri in the video said the purpose is to "wage jihad against its enemies, to liberate its land, to restore its sovereignty, and to revive its Caliphate".

He in particular addressed parts of the region with large populations of Muslims, seeking to assure that "in Burma, Bangladesh, Assam, Gujarat, Ahmedabad and Kashmir your (Al Qaeda) brothers did not forget you and that they are doing what they can to rescue you."

The message caused concern in India. Government sources, speaking on condition of anonymity because they aren't allowed to talk to the media, said internal spy wing the Intelligence Bureau has been asked to authenticate the video, featuring the ageing but reclusive Al-Zawahiri.

Al-Zawahiri took over the leadership of Al Qaeda after the killing of Osama Bin Laden in Pakistan.

Home Minister Rajnath Singh, who looks after the internal security arrangement in the country, held a secretive meeting with the heads of the Intelligence Bureau and the Research and Analysis Wing (RAW).

Some analysts view al Qaeda's announcement as an indication they're struggling for followers as ISIS gains support in the global Islamist movement.

India, a predominantly Hindu nation, has a 14 percent Muslim population, according to the country's census.

The nation has seen some of the worst religious riots. But in 2002 when current Prime Minister Narendra Modi was the state's chief minister, Gujarat was wracked with anti-Muslim violence, in which more than 1,000 people, mostly Muslims, were killed.

The 2002 Gujarat riots caused radicalisation of some Muslim youth who went on to join militant groups in Pakistan and allegedly conducted some terror attacks in the country in the last decade.

The region has not been a traditional breeding ground for Al Qaeda. However, the Islamic State, a radical Sunni Islamist group that controls parts of Iraq and Syria, has been reported to have recruited some of the Indian Muslims.

Experts were of the view that the Al Qaeda is trying to revive itself feeling undermined by the Islamic State.

"I don't think this will do a lot to win over constituents," said Bernard Haykel, professor of Near Eastern Studies at Princeton University, about the India announcement of Al Qaeda.

"They are losing a lot of constituents to the Islamic State, and they are mostly Arabs."

Ajit Sawhney of the South Asia Terrorism Portal in New Delhi said that the Islamic State had severely affected funding.

The radicalized Muslims are more likely to fund ISIS, he said.

"That's why Al Qaeda is trying to increase its influence", not necessarily trying to gain a foothold in India first time.