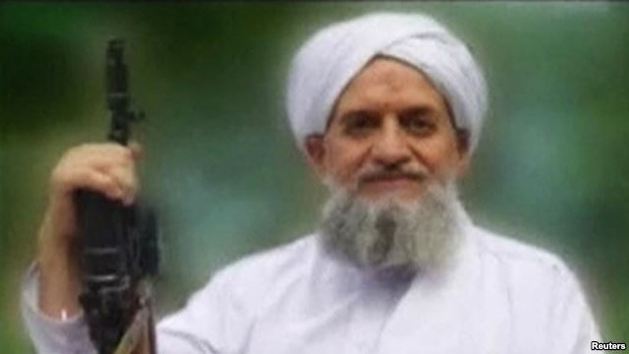 While some Indian Muslims called al-Qaida a "terrorist outfit" and criticized it for killing innocent people and threatening peace, others said that any action by al-Qaida would be detrimental to the interests of Indian Muslims and urged communities to ignore the group.

The statement said AQIS would fight for Muslims who are allegedly "suffering" in India's Assam, an eastern state bordering Bangladesh; Gujarat, the home state of India's prime minister; and Kashmir, a flashpoint for hostilities with Pakistan.

Zafarul-Islam Khan, president of the All India Muslim Majlis-e-Mushawarat, a New Delhi-based umbrella body of Indian Muslim organizations, said Muslims will fight al-Qaida if it tries to spread its ideology or networks.

"We, the Indian Muslims totally reject the al-Qaida chief's offer to help us and consider it a disservice to the cause of Muslims in the subcontinent. We do not want any meddling in our affairs by a foreign terrorist outfit," Khan told VOA.

In Lucknow, Maulana Farangi Mahli, a member of the All India Muslim Personal Law Board, said he is certain the appeal would not resonate with young Muslims in the country.

"Al-Qaida leadership believes that they will be able to rope in the disaffected Muslim young men from some Indian pockets and they will drive its operation in India. The outfit made similar attempt in Kashmir some years ago when it failed to attract Kashmiri Muslim youth," he said.

Muslims are sometimes suspected of supporting terrorist activities in Hindu-majority India, especially during times of tension with Pakistan. Chennai-based Muslim community leader Professor M. H. Jawahirullah said that the al-Qaida call for establishing an Islamic state in India is aiming to push Indian Muslims to a more vulnerable position.

"Indian Muslims have long faced the aggression from right wing Hindu extremists in the Hindu majority society. Al-Qaida's call to Islamize India will only bring further miseries to minority Muslims and it has no room in a pluralistic or multi-religious society of India. There are secular-minded parties and organizations in India standing in support of Indian Muslims," Professor Jawahirullah said.

"If al-Qaida begins operating in India, counter-insurgency operations will be more intensive and we shall surely see an increased number of innocent Muslims being picked up as terror suspects. Often they spend years in jails before being acquitted by courts. It will trouble the community miserably," Kolkata-based Mubarki said to VOA.

He said that al-Qaida cannot end up doing any good for India's Muslims, but it could harm them.