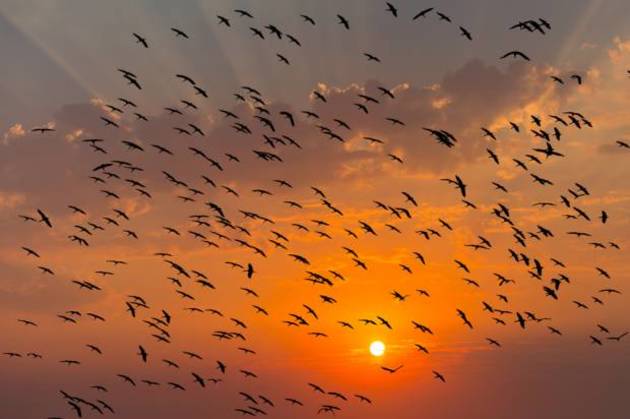 LONDON, United Kingdom - A new environmental study has warned that the Earth may be in the midst of a sixth "mass extinction" with the loss and decline of animals around the world.

And if the warning is not enough to wake the humans up, the study has gone a step further cautioning that it may not be that far when life on the Earth may cease to exist.

And that, according to the new study by The Nature, the international weekly journal of science, is only "next few centuries" away.

This wouldn't be the first time Earth's species have seen such a loss. In fact over the past 3.5 billion years, more than 95 percent of species have vanished from the Earth.

But the latest warning in terms of mass extinction is more alarming because of both its speed and its attribution to humans. Previous five extinctions were caused by astronomical or geological events.

"At the upper rate, thousands of species are disappearing each year. If that trend continues, it could lead to a mass extinction defined as a loss of 75 percent of species," according to the study.

Citing the International Union for Conservation of Nature (IUCN), the report highlighted the uncertainty in the latest version of Red List of threatened species, earlier released in November.

The report evaluated more than 76,000 species, a big increase over earlier editions.

"The effects of climate change," the report said, "Are hard to forecast in terms of pace and pattern".

These "will probably accelerate extinctions in as-yet unknown ways".

It said that one simple way to project into the future would be to assume that the rate of extinction will be constant.

Currently it is estimated to range from 0.01 percent to 0.7 percent of all existing species a year.

"There is a huge uncertainty in projecting future extinction rates," said Henrique Pereira, an ecologist at the German Centre for Integrative Biodiversity Research in Leipzig.

The study urges governments and scientists to create a more accurate count of the number of species using computer models to predict how ecosystems will change in the future.