FM seeks to allay fears on surcharge on super rich 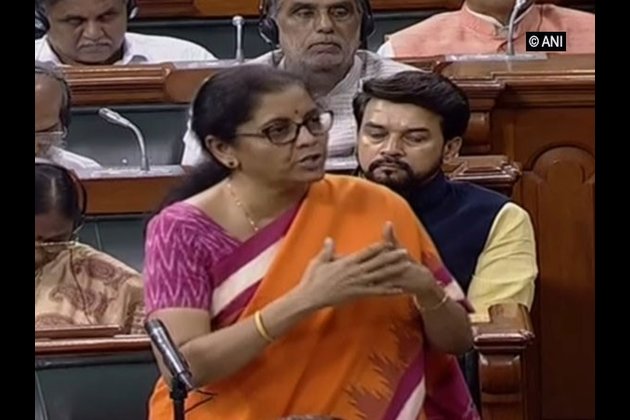 New Delhi [India], July 18 (ANI): Indicating no roll back of the income tax surcharge on the super rich imposed in the bduget, Finance Minister Nirmala Sitharaman on Thursday ruled out any adverse impact of it on investor confidence and said the fears of flight of capital are unfounded.

"The super rich should contribute more to the society and nation building. FPIs should consider the option of structuring themselves as companies rather than trusts to avoid paying the increased surcharge announced in Budget 2019," she said replying to the debate on the Finance Bill in Lok Sabha.

The Finance Bill has raised the surcharge on the super rich the top-end of the income brackets -- for incomes between Rs 2 crore and Rs 5 crore, the new surcharge 3 [er cent and for incomes above Rs 5 crore, it is 7 per cent. The move has spooked the capital markets and delayed plans of several corporates for buy-back of shares.

in her 20-minute reply, Sitharaman said the Budget contains a proposal to amend the Reserve Bank of India (RBI) Act which will strengthen the central bank to regulate housing finance companies.

On non-banking finance companies (NBFCs), she said the government will partially guarantee their high-quality pooled assets. The RBI has opened an indirect liquidity window to aid banks to give funds to the sector, which is facing a severe liquidity crisis.

"We have come up with a proposal that interest on bad and doubtful debts in the case of deposit-taking NBFCs and systemically important non-deposit taking NBFCs shall be charged on tax on receipt basis and not on an accrual basis," she said.

In her Budget speech, Sitharaman had said that NBFCs play an important role in sustaining consumption demand as well as capital formation in the small and medium industrial segment. (ANI)