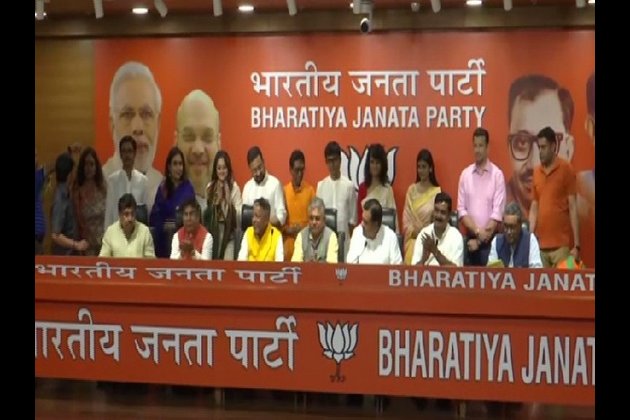 Speaking at the press conference, Patra said, "People in West Bengal are influenced by development narrative of Prime Minister Narendra Modi. Today people are joining BJP are from the field of arts in West Bengal.""I congratulate and thank all the artists here who joined the world's biggest political party," Patra said.

The BJP's West Bengal unit President Dilip Ghosh said, "It is a challenging task to join BJP in West Bengal. Cases have been registered against 17 Councillors who joined BJP earlier in West Bengal.""I welcome and thank the artists who have come from Kolkata and joined BJP here today. Many artists have joined us before but their work was stopped in Bengal. There is a film mafia in West Bengal which has captured the entertainment industry. I welcome and congratulate all the artists who joined the biggest party in the world."BJP's membership drive started by Prime Minister Narendra Modi in Varanasi on July 6 will continue till August 11. (ANI)