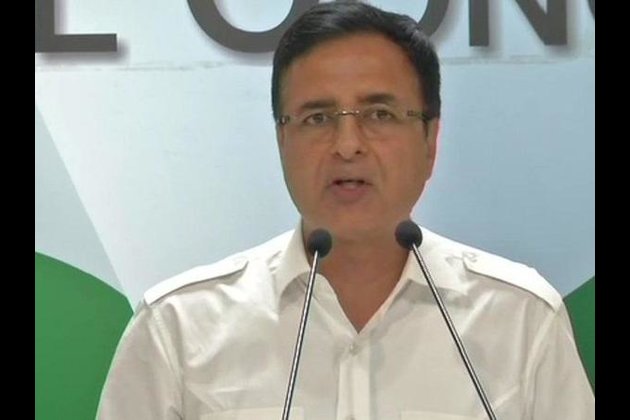 New Delhi [India], July 18 (ANI): Amid political turmoil in Karnataka, Congress on Thursday raised concerns over the implementation of the Supreme Court's order during the floor test in the state.

"The order of the Supreme Court directly impacts and abrogates the authority of the Congress party to issue a Whip in the exercise of the powers under Schedule X of the Constitution. This is highly problematic since neither the Congress nor the Party leader in the Assembly were parties to the case being heard before the Supreme Court. How can then the Congress Party be bound by a decision that it wasn't a party to?" said Congress spokesperson Randeep Singh Surjewala.

He also alleged that the rebel MLAs took advantage of the court order to avoid participating in the floor test.

While attacking BJP, the Congress leader said that this isn't the first time that the BJP has used money and muscle power to subvert the public mandate.

"This isn't the first time that the BJP has used money and muscle power to subvert the public mandate. After Goa, Manipur, Tripura, Uttarakhand, Meghalaya, Bihar and Jammu and Kashmir, the state of Karnataka is the latest in a series of states that have fallen victim to the BJP's self-serving philosophy," he said.

Earlier today, the state Assembly had adjourned abruptly in the midst of a debate on the confidence motion moved by Chief Minister H D Kumaraswamy following an uproar over Governor Vajubhai Vala's direction to the Speaker that the business of trust vote be completed by Thursday night.

The 13-month-old Congress-JDS government had earlier this month slumped into a minority following the resignation of the dissident MLAs. Sixteen MLAs from the ruling coalition including thirteen Congress and three JD(S)MLAs have resigned.

If the dissident MLAs, who are in Mumbai, are counted out, the BJP appears to have the support of 105 MLAs in the 225-member state Assembly including one nominated MLA. (ANI)