'Bala' trailer: Ayushmann's bald character will leave you in splits 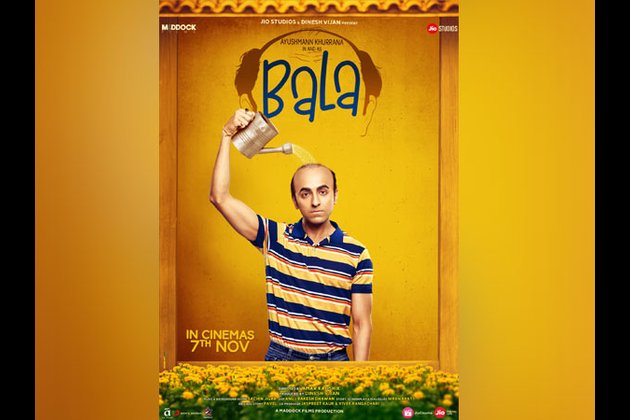 New Delhi (India), Oct 10 (ANI): Ayushmann Khurrana who is basking in the success of his latest film 'Dream Girl,' is back to leave you in splits with the tale of a bald man 'Bala'. The actor shared the trailer of the laughter riot on Thursday.

Known for opting for unique scripts, Ayushmann is set to make you laugh with his character who is facing premature balding.

The hilarious trailer starts with Bala selling skin whitening products in a school where he encounters a dusky girl played by Bhumi Pednekar. Bhumi who gets offended by Bala's comments asks him why he is wearing a cap. She then inches closer and takes the cap off, leaving Bala's semi-bald head in the open.

The trailer then shows the constant struggle Bala undergoes to regain hair where he also seeks help from his father played by Saurabh Shukla who tries home remedies to overcome his son's baldness. At one point in time, the premature balding of Bala also proves to be a hindrance in his marriage.

Apart from Bhumi, fans can also catch a glimpse of Yami who plays the role of a star in the film and is also Bala's love interest.

Depressed by his situation, Bala runs from pillar to post to find a solution for his baldness. After trying a lot of weird concoctions to add length to his hair, he decides to put on a wig to impress his lady love in the film.

Apart from the above-mentioned stars, fans can also watch Jaaved Jaaferi, Seema Pahwa and Abhishek Banerjee in the film.

This is the second time Abhishek and Ayushmann have come together for a film. Earlier they were spotted together in 'Dream Girl.'Ayushmann and Bhumi have earlier worked in blockbusters like 'Dum Laga Ke Haisha' and 'Shubh Mangal Saavdhan'. The upcoming film marks their third collaboration together. Meanwhile, he made his film debut opposite Yami Gautam in Vicky Donor in 2012.

Before releasing the trailer, Ayushmann teased fans with the poster of the film where he can be seen watering his head in order to grow hair.

The film is directed by 'Stree' fame director Amar Kaushik and produced by Dinesh Vijan.

Earlier today, the release date of the film has been preponed and it is now slated to hit the screens on November 8. (ANI) 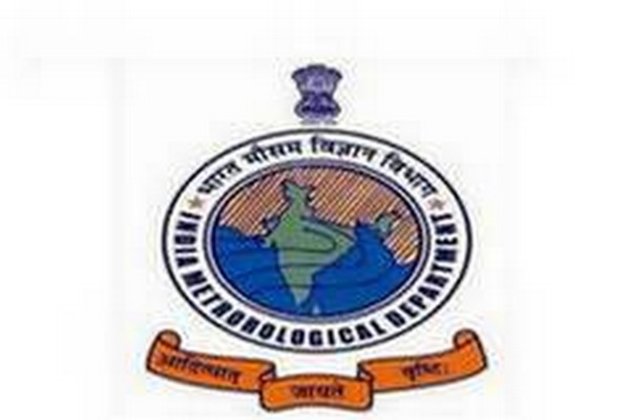