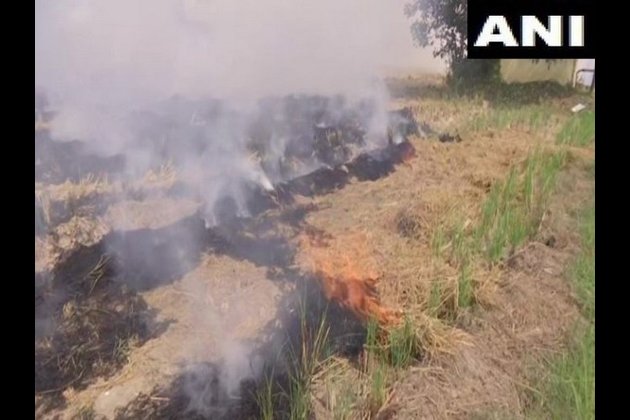 "We are forced to burn the stubble as we do not have any alternatives. Even animals do not eat paddy stubble. There is no industrial use of it and even if there is any, there are no such plants here," said a farmer, Billa, adding that government should set up such plants where they can sell the crop residue.

Meanwhile, air quality in Delhi remained poor for the fourth consecutive day on Sunday with overall Air Quality Index (AQI) docking at 266. Delhi Chief Minister Arvind Kejriwal has claimed that stubble burning in neighbouring states is one of the main causes of air pollution in the national capital.

Farmers, however, believe that industry and automobiles are bigger causes of pollution than smoke from stubble burning.

Jovan Singh, a farmer said: "I believe pollution caused due to stubble burning is only five per cent rest 95 per cent is caused due to vehicles and factories. Government is not considering these causes of pollution, they are just focusing on farmers and the pollution caused by burning crop residue."The farmers also said that they are ready to follow the government's instructions but they should be practical and economically viable. (ANI)