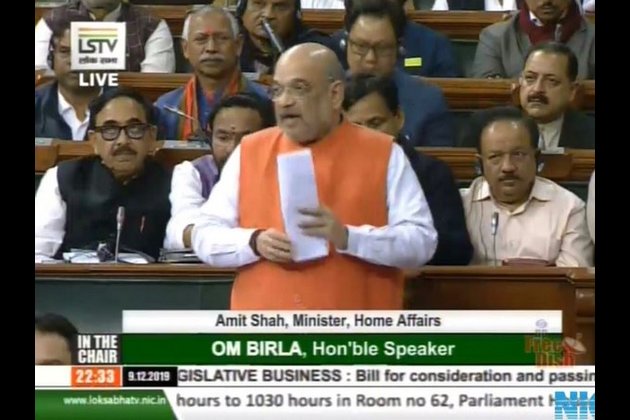 New Delhi [India], Dec 10 (ANI): The Lok Sabha on Monday night passed the Citizenship (Amendment) Bill 2019, which had been tabled in the Lower House for discussion earlier in the day.