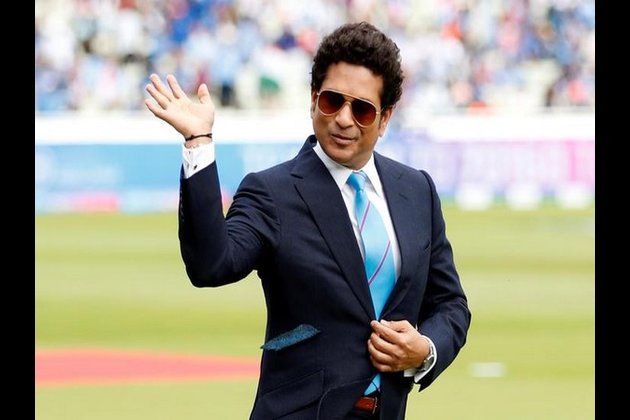 New Delhi [India], Dec 15 (ANI): A day after former batsman Sachin Tendulkar asked netizens to find a staff of Taj Hotels whose advice helped him during his cricketing days, the hotel found the staffer and said it would be a delight to connect the two of you for a meeting.

Taking to Twitter, Taj Hotels replied to Tendulkar's tweet on Sunday and wrote, "Thank you Mr Tendulkar for sharing your memorable encounter with our colleague during your stay in Chennai. We are proud of our associates who have imbibed the culture of Tajness. We have located him and would be delighted to connect the two of you for a meeting."On Saturday Tendulkar tweeted, "A chance encounter can be memorable! I had met a staffer at Taj Coromandel, Chennai during a Test series with whom I had a discussion about my elbow guard, after which I redesigned it. I wonder where he is nowwish to catch up with him. Hey netizens, can you help me find him?"In the video message, the most run-scorer in the history of cricket explained the whole incident.

"In Chennai, it happened once in the hotel. When I asked for a coffee and a waiter came to my room and he said I wanted to discuss something with you on cricket is it okay if I discuss," Tendulkar said.

"I said please go ahead. Whenever I see you wear an arm-guard your bat swing changes. The waiter said I have seen your batting and he was a huge fan. He used to watch every ball rewinding the action 5-7 times," he added.

After the advice from his fan, Tendulkar made adjustments to his elbow-guard to improve his bat swing.

"I said, yes! You are the only person in the world who figured that out. You won't believe that I actually came back to the room from the ground I carried my elbow-guard and redesigned it according to the correct size and with the right amount of padding and where the strap should be," Tendulkar said. (ANI)