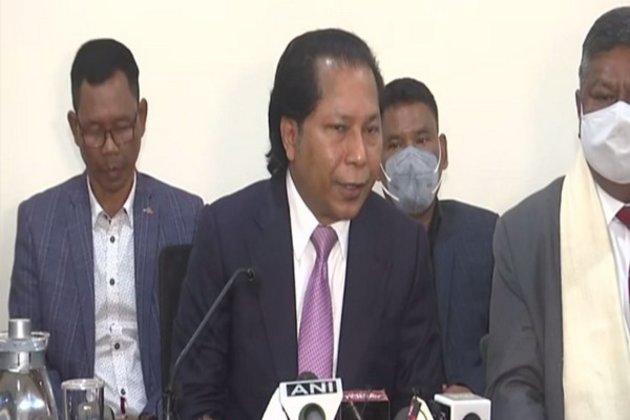 Shillong (Meghalaya) [India], November 25 (ANI): Stating that the country needs a Pan-India opposition party and the Indian National Congress (INC) is failing to fulfill the same, former Meghalaya Chief Minister Mukul Sangma on Thursday said that the Congress MLAs, who resigned from the party, has taken 'conscious decision' to join the Trinamool Congress (TMC).

Addressing a press conference, senior Congress leader and former CM Sangma, "We have taken 'conscious decision' to march with the All India Trinamool Congress. This is the culmination of exhaustive due diligence and analysis. A complete sense of commitment towards serving the people has brought us to take this decision."He further said, "In 2018, we were confident of winning the Assembly elections and forming the government, but we could not. We were the single largest party. Again, post-poll there were activities to poach our members. Later, the Congress party was reduced to 17."Sangma said, "We have a team in Meghalaya which has demonstrated efficiency and earned the trust of the people. This trust and honor must be honored."The former chief minister said, "(As Congressmen), we are failing to fulfill the responsibility of the opposition party. We are failing in fulfilling our duty and responsibilities. The pulse of India is that there is a need of strong alternative opposition as a political party.""Based on the perception, the Congress party is failing to really respond to its call of duty as a main opposition party in the country. Therefore, our exercise to find a viable option to take care of the state, northeast region and the country culminated in this decision (of joining the TMC)," said Sangma. (ANI)