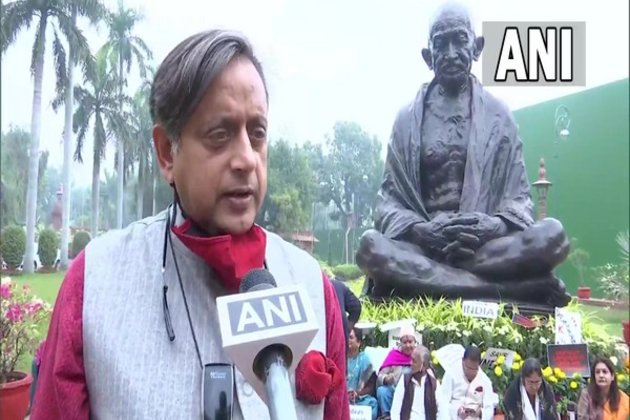 New Delhi [India], December 3 (ANI): Congress leader Shashi Tharoor on Friday introduced a private member's bill in the Lok Sabha proposing the establishment of a High Court Bench in the state capitals where the principal seat of the court is situated at a place other than the state capital.

He said that the move will also meet the long-standing demand of the people residing in Kerala's capital, Thiruvananthapuram.

"I introduced in the Lok Sabha today a Private Member's Bill to establish a High Court Bench in State Capitals where the principal seat of the HC is situated at a place other than the State Capital. That should also meet a long-standing demand of the people of Kerala's capital city," said Tharoor in a tweet.

After a marathon debate on the COVID-19 situation, the Lok Sabha on Friday, the fifth day of the ongoing winter session of Parliament, was adjourned till Monday, 11 am.

During the long debate in Lok Sabha, which also saw political attacks from the opposition and counter-attacks from the treasury benches, members expressed concern about the Omicron variant and raised queries about "booster dose" and providing vaccination to the entire population of the country.

The House sat beyond midnight to conclude the discussion on the "COVID-19 pandemic and various aspects related to it.

The winter session is likely to conclude on December 23. (ANI)