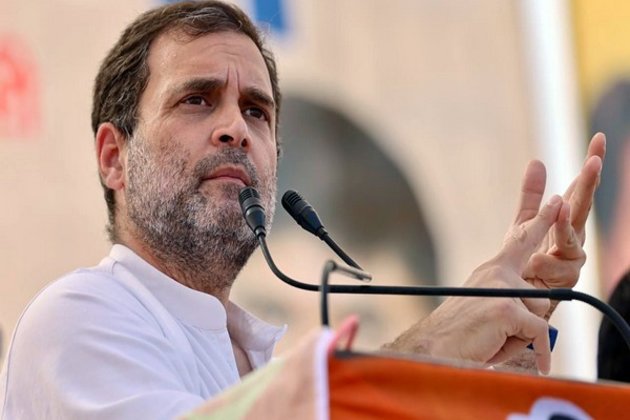 New Delhi [India], May 19 (ANI): To establish a connection with the people, Congress leader Rahul Gandhi will embark on a nationwide campaign called "Bharat Jodo Yatra" from Kashmir to Kanyakumari beginning this Gandhi Jayanti, that is, October 2.

Congress interim president Sonia Gandhi announced this mass campaign to counter polarisation politics with the slogan "Bharat Jodo" on the last day of the recently concluded Chintan Shivir in Udaipur.

The five-month-long yatra which is scheduled to cover a distance of 3,500 kilometers and more than a dozen of states, will commence from Kanyakumari and will conclude in Kashmir, according to party sources.

Sources said that like-minded parties, members, and organisations from civil society will also participate in this mass campaign.

"Several members of the various civil society including university professors have already approached the party for the yatra since its announcement. However, Congress is working on its mechanism," sources added.

According to the party's declaration, Congress will reach out to all like-minded parties and is open to alliances. In the declaration, the Congress party has decided to set up three new departments -- public insight, election management, and national training.

The party has taken major decisions in the Udaipur Chintan Shivir that include providing 50 per cent representation to those below 50 years of age at all levels of the organisation, "no person should hold one party position for more than five years to give an opportunity to new people", and enforcement of '1 person, 1 post', '1 family, 1 ticket' rules with riders and ticket for second family member only after 5 years of party work. (ANI)