SC vindicates itself by holding that right to life is worth more than a thousand rupees: Ashwani Kumar on Sidhu's jail term 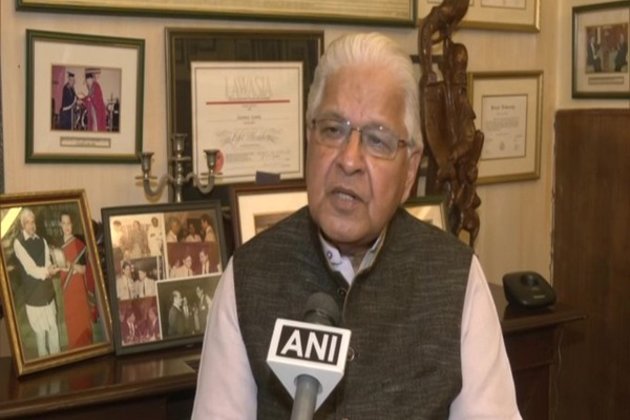 New Delhi [India], May 19 (ANI): Hours after cricketer-turned-politician Navjot Singh Sidhu was awarded a one-year jail term in a 1988 road rage case, former Union Law Minister Ashwani Kumar on Thursday said that Supreme Court vindicates itself by holding that the right to life is worth more than a thousand rupees.

Speaking to ANI today, former Congress leader Kumar said, "Supreme Court vindicates itself by holding that the right to life is worth more than a thousand rupees. The judgment is in consonance with the principles of retributive justice and proportionality laid down by the Court.""The case also highlights the delays of the law, a situation that needs to be corrected. While the correctness of the judgment is unquestionable, I feel sorry for Sidhu's incarceration at this stage," he said.

He further elaborated on his statement by saying that the Supreme Court, according to its discretion, after hearing the arguments of both sides, has decided that instead of levying a fine of Rs 1000 in this matter, it should sentence Sidhu to one year of imprisonment.

"The Supreme Court has proved that the cost of a human's life is not Rs 1000 and the punishment that has been given under the IPC in this case," said Kumar.

"I understand the sentiments of those who used to believe that the Supreme Court has fixed the cost of life at only Rs 1000. I am now satisfied with this decision," Kumar told ANI.

He said, "It is not surprising that many Congress leaders are feeling hurt for a long time. Jakhar joining BJP is in a way just a trailer and in the coming days, many people, who are feeling uneasy will do the same."Former Punjab Congress chief Sunil Jakhar joined the BJP on Thursday. Jakhar, a prominent leader in Punjab, joined the BJP in the presence of party president JP Nadda just days after he quit the grand old party with a "good luck and goodbye" message. (ANI)