Supremacy in Congress lies with those who flatter high command, says Jakhar after joining BJP 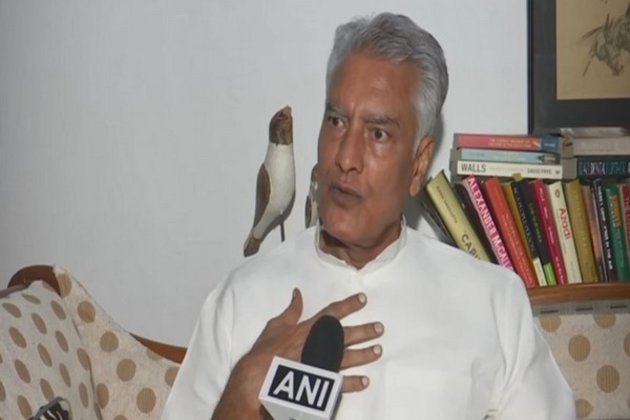 New Delhi [India], May 19 (ANI): Sunil Jakhar, who quit Congress and joined the Bharatiya Janata Party (BJP) on Thursday, said that leaving the party was a hard decision for him, however, also stated that supremacy in his old party lies in the hands of "those who flatter the high command".

The former Congress leader suggested the party high command to be aware of those who flatter and take the command into their own hands.

Speaking to ANI, Jakhar said, "It (leaving Congress) was a hard decision for me. They actually broke my heart. The nation is bigger than any 'Parivarvad'. My loyalties are to my nation. PM Modi has understood and respected the emotion of 'Punjabiyat'. Coming days will be good for BJP in Punjab."Elaborating on the changes that Congress underwent over a period of time, the BJP leader said that earlier the workers of the party were like a "think tank", however, now the party leadership only endorses the views of the people who flatter them.

"I have seen the party leadership for a very long time closely. Earlier, the Congress workers were like a living think tank. When there were Cabinet meetings, it was like a super think tank. Where are such people today? The supremacy lies in the hands of those who flatter. And the leadership endorses their views, let alone ignore them. This is a huge change that the Congress party has undergone," said Jakhar.

When asked if the Congress party suffered a loss due to the induction of Navjot Singh Sidhu, who party leader Sukhjinder Singh Randhawa accused of "causing damage to the party" leading to the poll debacle in Punjab, Jakhar said that the grand old party, instead of discussing the country's economic and foreign policy, should have introspected the reasons behind the results in the Assembly polls in the recently concluded Chintan Shivir in Udaipur.

"Congress still has the chance of living in the present. The way the party behaved during the three-day Chintan Shivir was as if the responsibility of the country lies on the shoulders of Congress. The foreign policy and economic policies were being discussed instead of the poll debacle in the recently concluded Assembly elections. Issues regarding saving the party should have been discussed," he said.

"No one can challenge SC's decision...The loss Sidhu has caused to the Congress party no one can repair. What he is doing today, if he had done the same before the elections, we would not have suffered such a loss. Don't know at whose behest was he causing damage to the Congress party. In my entire political career, we never got a president who caused so much damage to the party," added Jakhar. (ANI)