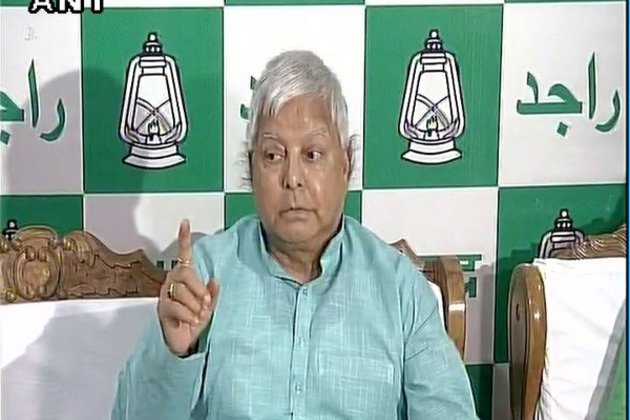 New Delhi [India], May 20 (ANI): After the Central Bureau of Investigation (CBI) registered a fresh case against RJD president Lalu Prasad Yadav and his daughter in a complaint related to the alleged "land for railway job scam", the Rashtriya Janata Dal made a 'caged parrot' jibe at the investigating agency.

The Rashtriya Janata Dal tweeted, "Tota hain, Tote ka Kya" (Its parrots, What to do with parrots).

Supreme Court in 2013 slammed the country's premier investigation agency, CBI for being "a caged parrot" that speaks its master's voice. According to sources, CBI searches are underway at 17 locations in Delhi and Bihar linked to Lalu Prasad.

"The fresh case of corruption has been registered against Lalu Prasad in a case related to 'land for railway job scam'," said sources.

The alleged scam took place when Yadav was Railway Minister.