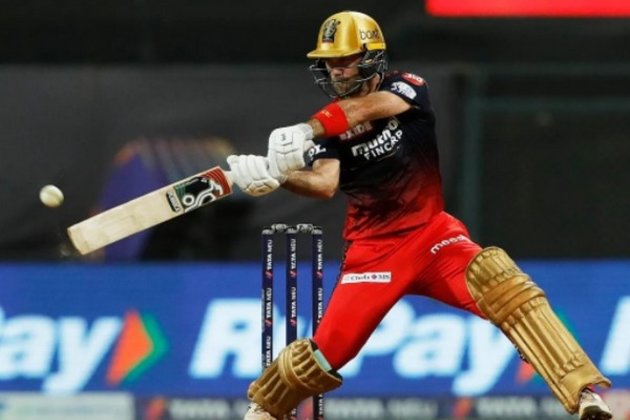 Mumbai (Maharashtra) [India], May 20 (ANI): Glenn Maxwell played a blistering knock off unbeaten 40 off 18 balls hitting five fours and two sixes to help Royal Challengers Bangalore chase down a 169-run target in 18.4 overs and register an eight-wicket win over Gujarat Titans here at the Wankhede Stadium. The Australian wreaked havoc on Gujarat bowlers right from the word go.

"I didn't want to soak up any time. If I could get those first couple away and try to take the pressure off Virat at the other end, we can keep the momentum going. If I got out first ball, it wouldn't have made a difference but if I soaked up a few dots, it could have given them some momentum back. Just trying to be ultra-positive and obviously leave the game with no doubt because we felt like we dominated with the bat in that innings," said Glenn Maxwell after the match.

The rub of the green also went Maxwell's way as when he faced the first ball of the match Rashid Khan's delivery went on to hit his stumps but the bails did not come out giving him a huge reprieve."I didn't, but when I missed it I thought that's going to be pretty close to them. The worst thing is picking a wrong-un and missing it and thinking it's going to hit the stumps. You get those times when you need a bit of luck. Sometimes throughout this tournament, it's been a bit up and down. You gotta take the good with the bad. It's like a runout off the bowler's hand. Some things you can't do anything about but at least the bails stayed on for me this time," said Glenn Maxwell.

The Aussie all-rounder was not only brilliant with the bat, but he was also amazing on the field too taking a brilliant catch off Josh Hazlewood's bowling to dismiss Shubman Gill to give RCB the first breakthrough."In my mind, I was moving a little bit too slowly and wasn't going to get there. It just hit perfectly in the fingers and stuck nicely. I've practised that stuff my whole life and it's not something that is just out of the blue. It's one of those things I work really hard on. To have it stick perfectly and it gave us a great start, we were able to control the Powerplay after that," said Maxwell.

Glenn Maxwell came up with an all-around performance as he came up with figures of 1/28 in four overs dismissing Matthew Wade for 16.

"It was just about holding my length. We saw Sai bowled beautifully there and there was a bit of hold for the finger spin. So just trying to make the most out of anything out of the surface," said Glenn Maxwell.

With this win, RCB have moved to the fourth spot in the points table with eight wins and 16 points in their kitty and now they are going to be dependent on the outcome of the Mumbai Indians versus Delhi Capitals match on Saturday.

"We'll be probably watching the Mumbai v Delhi game pretty closely. I wouldn't mind a round of golf tomorrow. There will be a bit of rehab going on. But I think the guys will stay really focused. The amount of hard work and effort that has gone into this team this year. We feel like we deserve to be in the final four and hopefully, Mumbai will do the right thing by us and get us into the final four," said Glenn Maxwell.

The battle for the fourth spot is heating up as the tournament is coming closer to it business end. (ANI) 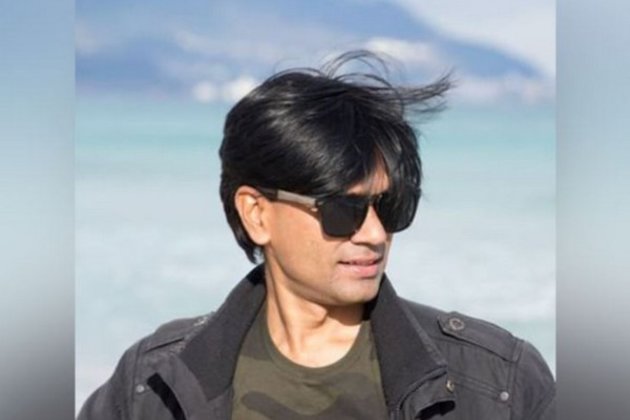