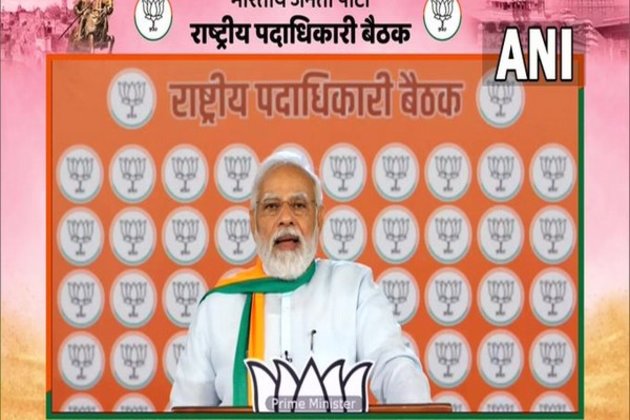 New Delhi [India], May 20 (ANI): As the National Democratic Alliance (NDA) government led by Bharatiya Janata Party (BJP) will be completing eight years in power this month, Prime Minister Narendra Modi on Friday said that the Centre has been dedicated to the welfare of the poor, balanced development, social justice and security.

"The NDA government will be completing eight years in power this month. These years have been dedicated to service of the nation, working for the welfare of the poor and the middle class along with ensuring social justice and security and women empowerment," said PM Modi while virtually addressing the BJP national office bearers' meeting in Jaipur.

He further said that these eight years have been about fulfilling aspirations of small farmers, and middle class of the country.

PM Modi also said that the government has been working to enhance dignity of women of the country.

The Prime Minister also stressed that trust deficit existed in government before 2014. But the NDA government in the last eight years restored trust of the people by ensuring the robust delivery mechanism of the various schemes.

"Today even the poorest of the poor are getting benefits of various schemes. The poor of the country today say with great confidence that one day, he/she will certainly get benefits of such schemes," said PM Modi.

The Prime Minister also hailed the BJP workers for the party's victory in general elections and state polls.

"During Jan Sangh's time, we were on the margins of the national politics and people hardly knew us. Despite that, our workers worked hard in their pursuit of nation-building," said PM Modi.

The NDA government at the Centre will be completing eight years in office on May 30. (ANI)

Around 15 MLAs kidnapped, want to come back: Aditya Thackeray's claim amid political crisis 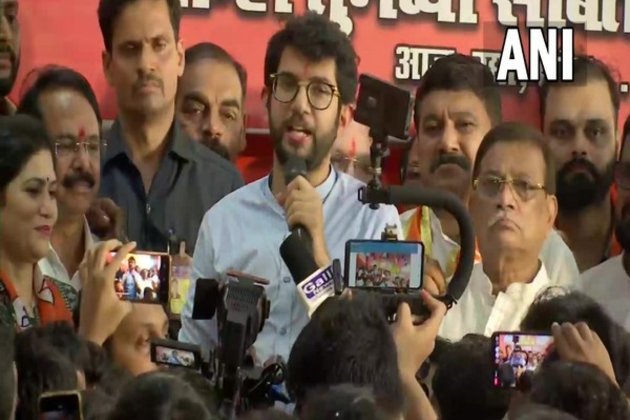