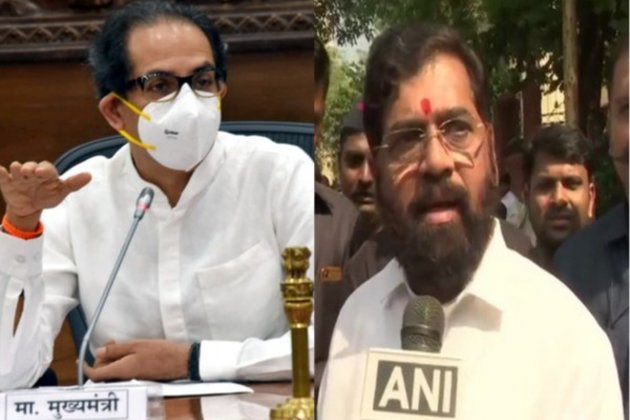 According to sources, Shinde along with 10 Shiv Sena MLAs moved to a hotel in Surat in Gujarat.

Shiv Sena leader Sanjay Raut also confirmed the developments and said, "Some MLAs of Shiv Sena and Eknath Shinde are currently not reachable. Efforts are being made to topple the MVA government but BJP has to remember that Maharashtra is very different from Rajasthan or Madhya Pradesh."Shinde is a big shot in Shiv Sena and has been instrumental in strengthening the organisation in the Thane region.

A Bal Thackeray loyalist Eknath Shinde, who is reportedly upset with the Maha Vikas Aghadi (MVA) government will be addressing a press conference in Surat today, sources said.

The developments may certainly add a web of worries to the Uddhav Thackeray-led government.

Chief Minister Uddhav Thackeray has called an urgent meeting of all Shiv Sena MLAs on Tuesday. All MLAs have been strictly asked to remain present in the meeting, said sources.

Shinde was made the Leader of the Opposition in the Maharashtra Legislative Assembly in 2014 after the Shiv Sena parted ways with the BJP. He was appointed as a cabinet minister in the MVA government.

However, sources said Shinde has been feeling sidelined since the formation of the MVA government. His son Shrikant Shinde represents the Kalyan Lok Sabha seat.

Asked about Shinde being "unreachable", former Shiv Sena leader Narayan Rane, who jumped to BJP's wagon and is now a Union Minister in the Modi government, said, "No comments should be made on such things, else what is the point of being unreachable."MVA candidate from Congress Chandrakant Handore had lost in the MLS polls.

The Bharatiya Janata Party (BJP) bagged five seats, the Nationalist Congress Party (NCP) and Shiv Sena won two each while Congress was able to clinch one seat out of the total 10 seats in Maharashtra Legislative Council (MLC) that went to polls on Monday.

Former Home Ministers Anil Deshmukh and Nawab Malik, who are in judicial custody in money-laundering cases were not allowed to vote. (ANI)