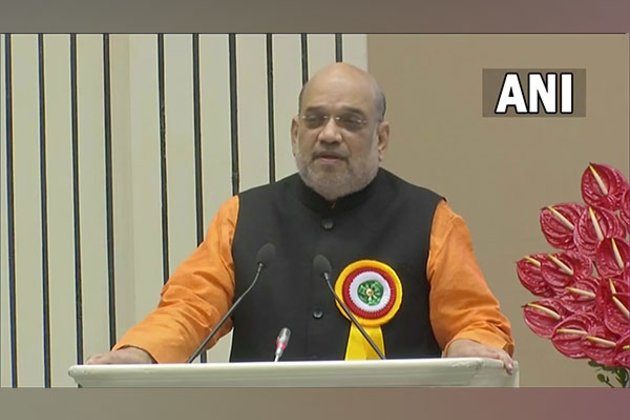 New Delhi [India], June 23 (ANI): Union Minister for Home Affairs and Cooperation Amit Shah on Thursday emphasised the existence of cooperatives for the welfare of the common populace of the society.

Speaking at a day-long conclave, which will discuss various issues related to Scheduled and Multi-State Urban Co-operative Banks and Credit Societies, Shah also stressed on the need for symmetric expansion of cooperatives to sustain amid competition.

"It's important that we do symmetric expansion of cooperatives, that's how we can sustain ourselves amid competition. Co-operative banks regularly lend loans to the common populace for their various needs," Shah said at an event on urban cooperative banks.

Shah said people in the urban sector can provide better education for their children, get loan for house and car with the help of cooperative banks.

He also assured that, in the Modi government, Cooperative banks will not be treated in second grade, and that nobody will do injustice to them but they will have to change as per the need of the time if they want to be in the competition.

"We have to take forward the Cooperative Banks," Shah added as he also focussed on surplus fund management necessary for the hiring of experts, and that cooperatives should be "self-regulatory" organisation.

There is a need for a fair recruitment process in the sector, the Cooperation Minister further said.

The Minister said there are many programmes like Cooperative university are under process. He also stressed the need to give opportunities to new people in the sector.

The Cooperation Minister said that there is need to do a performance for the next 100 years to show the importance of cooperatives to prove their relevance in the current era.

Urban Cooperative Banks are among the oldest banking institutions in the country. They have been in existence for well over a century. They are banks organised and managed by a cross-section of people from society that could include teachers, lawyers, traders, doctors, engineers, social workers and others for providing banking services to their members.

The business sessions of the Conclave include discussions on various issues related to Scheduled and Multi-State Urban Co-operative Banks and Credit Societies and the Cooperative Credit Sector such as future role of Urban Cooperative Banks and recommendations of the Reserve Bank of India's (RBI's) Expert Committee, national cooperative finance and development cooperation as a game-changer as an umbrella organization for the Urban Cooperative sector, the Banking Regulation (Amendment) Act, 2020 and its impact and developments, the role of credit societies in the financial sector scenario with special reference to Multi-state societies and the issue of regulation and taxation of cooperative credit societies.

Minister of State for Cooperation B.L. Verma, senior officials from the Ministry of Cooperation, the Chairman Emeritus of the National Federation of Urban Cooperative Banks and Credit Societies Ltd. (NAFCUB) Dr HK Patil, the President of NAFCUB Jyotindra Mehta and the Vice President of NAFCUB VV Anaskar were also amongst those who joined the event during the inaugural session of the conclave. (ANI)