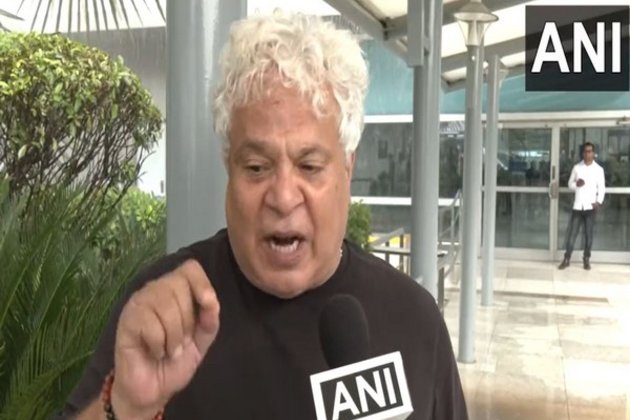 New Delhi [India], August 14 (ANI): Indian businessman and columnist Suhel Seth while expressing his condolences to departed Rakesh Jhunjhunwala said India has not only lost a great stock broker, someone who understood the market, it has lost someone who believed in India and Indianness, who invested not to make money but to make sure those companies grow.

"People like you and me grow with those companies if we were shareholders. Rakesh was a great human being and he will remain etched in our memories. You can leave your money behind but when your memories are so rich in compassion," Seth told ANI.

Ace stock market investor and owner of India's newest airline Akasa Air Rakesh Jhunjhunwala often referred to as India's own Warren Buffet passed away at the age of 62 in Mumbai.

He was not keeping well for the past few days and breathed his last today in Breach Candy Hospital in Mumbai.

Recollecting past memories, Seth said Jhunjhunwala told him that his only aspiration was to meet Ratan Tata.

"So I told Mr Tata and they met. He had a childlike glee. He didn't have to do it. But he did it out of respect."He came to meet Prime Minister Narendra Modi in October 2021 and that night he came home for dinner, Seth added.

"He was in a wheelchair. He came at 8 pm and he left at 2 pm. He was the last person to leave. Everyone who was there said "what a man!". There are many people with wealth but there are many few who combine expertise with empathy. Even fewer who don't only respect the flag, Tricolour was there in his heart. His work, his memories will now remain with us."Seth added that when he had talked about the airlines one and a half years back, he had a thought that if these airlines connect tier 2 cities, it will surely get success.

"I had spoken to him 10-12 days ago. I used to always tell him to take care of his health. But he used to justify that he is enjoying his life to the fullest. Last time in the new year, the plane had to be diverted, he had to be put into an ICU. He had just one thought that God has given me everything he can take it back anytime.""Be like Rakesh. Believe in yourself but also believe in people you work with and believe in this beloved, beautiful country. If you cannot believe in the country, then you won't be able to believe in anything. Belief is the annexure of life."Jhunjhunwala was born on July 5, 1960. He grew up in Mumbai.

After graduating from Sydenham College in 1985, he enrolled at the Institute of Chartered Accountants of India and married Rekha Jhunjunwala, who is also a stock market investor.

Jhunjhunwala ran a privately-owned stock trading firm calledA lot of people questioned why he planned to start an airline when aviation was not doing well, to which he replied, "I say I'm prepared for failure."He was always bullish about India's stock market and whatever stocks he purchased mostly turned into a multibagger.

"Rakesh Jhunjhunwala was indomitable. Full of life, witty and insightful, he leaves behind an indelible contribution to the financial world. He was also very passionate about India's progress," Prime Minister Narendra Modi earlier tweeted.

"His passing away is saddening. My condolences to his family and admirers. Om Shanti." (ANI)