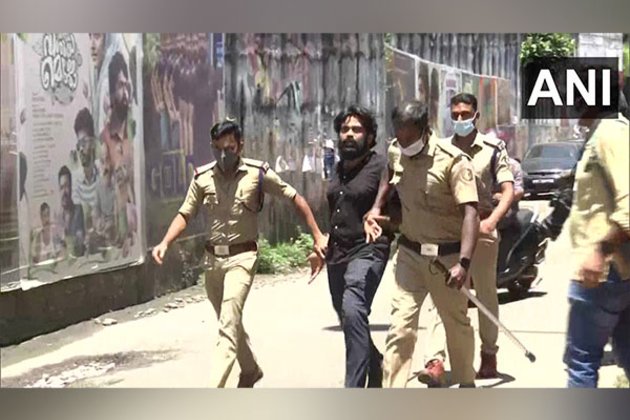 According to police, PFI workers tried to forcefully shut the shops. They also vandalised some shops which were not ready to shut down.

A day after PFI leaders were arrested in a massive country-wide raid, the outfit's dawn-to dusk hartal began on Friday and incidents of stone pelting and attack on vehicles including KSRTC buses by protesters were reported from various places in the state.

The shutdown in Kerala has been called by the PFI to protest against the arrest of its members in nationwide raids by the National Investigation Agency yesterday.

In various other parts of the state, the roads were seen deserted this morning with few people on the roads.

Further, two miscreants on a bike at Pallimukku in the Kollam district abused police officials and hit them after they attempted to stop them, police said.

A petrol bomb was hurled at the RSS office in Mattannur, Kannur during the protest against the arrest of PFI's state leaders.A two-member group reached on a scooter, threw the petrol bomb, and broke the window panes.

"A hartal will be held in the state on September 23, Friday against the RSS-controlled fascist government's move to use central agencies to silence dissenting voices," it said.

Meanwhile, Kerala High Court on Friday initiated a suo motu case against PFI leaders who called for a strike in the state against the arrest of its members by the National Investigation Agency.

A large number of criminal cases have been registered in different states over the last few years against the PFI and its leaders and members for their involvement in many violent acts.

The PFI was launched in Kerala in 2006 after merging three Muslim organizations. (ANI)