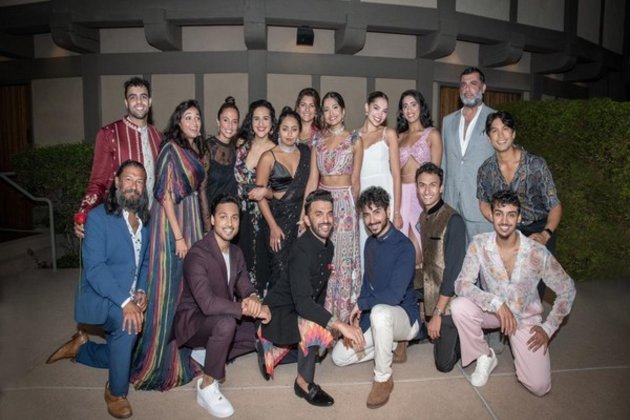 For the first time, an Indian director, Aditya Chopra, is set to debut on Broadway. It is also the first Bollywood musical set to be on Broadway. It has Vishal and Sheykhar debuting too as composers and Shruti Merchant will do her first Broadway musical as Associate Choreographer.

The amazing part is that the lead of Come Fall In Love, Shoba Narayan aka Simran, plays her ethnicity for the first time on stage.

Also, there are 16 other South Asian actors who are also set to debut on Broadway, a first for any musical on the Broadway stage. So, to put this into perspective, out of the 30 cast members in the musical, 17 are South Asians or Indian Americans!Speaking about the same, Irvine Iqbal, who plays Simran's father the turbaned Baldev on stage, said, "When the South Asian community is one of the largest ethnic minority groups in the US, why would we not ensure that our theatres reflect this demographic and see that musicals proportionately cast South Asian actors? Isn't this the world we live in today? It's increasingly clear that audiences are becoming more diverse and expect to see themselves reflected on our stages".

He added, "If we don't see ourselves represented on the stage how can there be any representation? The collective frustration of the American South Asian talent out there comes from not being able to have a meeting or audition to showcase their talents. We are either overlooked, ignored or simply invisible to many with the ability to affect change."Rupal Pujara, who plays Simran's mother Lajjo, also expressed her happiness.

"I am so grateful to Aditya Chopra for pursuing his long awaited dream of adapting DDLJ for the stage. Come Fall In Love is updating the beloved classic, DDLJ, by expanding the narrative of its female characters. In this version, Lajjo is not only a devoted wife and mother - she's also strong, soulful and fiercely witty. This production is a step forward for South Asian women. It makes space for more of our stories to be seen by larger audiences," Rupal shared.

The musical also has 18 original English songs to treat audiences with and the makers reveal that they also have a beautiful song 'Love In Every Colour' that celebrates the theme of inclusivity in the show.

Meanwhile, The Old Globe, one of the most respected theatres in the USA, has announced an extension of the World Premiere of Aditya Chopra's Come Fall in Love - The DDLJ Musical due to popular demand. (ANI)