US Kids Golf Indian Championship: Prince rules with 4-under 68 on day-1 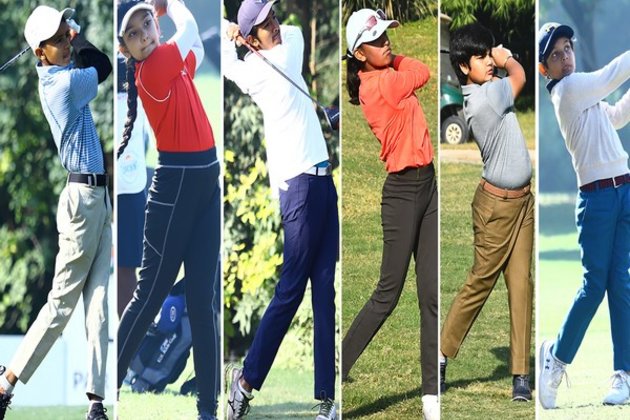 Gurugram (Haryana)[India], November 24 (ANI): Prince Bainsla, who has won just one of the four domestic events played so far on the US Kids Golf India Tour this season, came good on the first day of the second Indian Championship. Bainsla shot 4-under 68 on a rather windy day here at the Classic Golf and Country Club.

Bainsla was five-under through 15 holes, but then dropped a shot each on the 16th and 18th, but in between picked a birdie on the 17th.

More than 100 golfers from eight countries are taking part in the three-day event.

Bainsla, a wiry but hugely talented youngster, who is supported by the US Kids Golf India, led the Boys 12 Category by three shots as his nearest rival Kartik Singh shot 1-under 71.

All seven players in six categories shot under par scores.

Amaira Gulati of Lucknow had a fine day with a 1-under 35 in the Girls 8 and under, while Kriti Parekh, who had come all the way from Tamil Nadu carded 2-under 70 in Girls 11-12 and she led Singapore's Aamiya Koul by five shots.

Apart from the two girls, Amaira and Kriti, five boys scored under par. While Bainsla led the show with 4-under 68 in the Boys 12 category, Kabir Goyal stood out with 3-under 33 without any bogeys in Boys 7 and under. Kabir, winner of all two domestic events in Boys 7 and under, led by seven shots over the in-form Nihal Cheema, winner of all four events in Boys 6 and under, who is however playing in a higher age category at the Indian Championship.

In the Boys 9 category, Sohrab Singh Talwar opened a 3-shot lead over Adit Veeramachaneni of Bangalore, winner of four domestic events and whose best score this season has been 7-under 65 at Golden Greens.

Jai Gupta of Chandigarh was another youngster to impress as he carded 2-under 70 to lead by three over Bhavesh Nirwan (73) in Boys 13-14 category. (ANI)