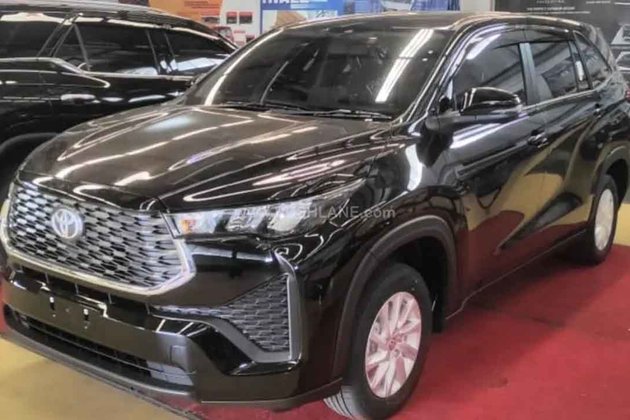 Toyota has ridden the wave of success that was generated by Innova and Fortuner in India for a long time. In the grand scheme of things, new always succeed old. This might not be true with Innova, though. Rumour mills around Innova Hycross suggest that Toyota will keep its Crysta alive by selling it alongside Hycross.

With Toyota's pricing history in India, it wouldn't be surprising to see a price that starts upwards of Rs. 25 lakh (ex-sh). For reference, Innova Crysta prices start from 18.08 lakh for base GX 7-seater trim with a petrol powertrain. Innova Hycross Base G variant packs a decent amount of kit for an on-road price of IDR 491 Million (approx Rs. 25 lakh). When launched in India, the same G trim is likely to be the base variant for Innova Hycross. Let's take a look.

In Indonesia, Toyota is calling it Innova Kijang Zenix. Two suffixes after Innova brand. Toyota Innova Kijang was Innova Crysta that we got in India. Toyota India swooped Urban Cruiser name from the sub 4m SUV and slapped it on HyRyder. With that logic, it is safe to say that TKM will name the upcoming MPV as Innova Crysta HyCross.

When viewed head-on, base G variant doesn't look half bad. There are no immediately notable cost cuttings. Toyota is offering a regular headlamp cluster for base models which are sport halogen bulbs instead of LEDs. Turn indicators are halogens too. Fog lamps and LED DRLs are given a miss as well.

At the side, there are alloy wheels. However, these are not the same 17" alloy wheels that was showcased with top-spec model. These look small and don't seem to fill up the wheel wells nicely. At the rear, Innova Hycross base G variant gets a chrome strip that sits atop a Toyota logo.

Rear washer and wiper are present, and rear defogger seems to be absent. Engine bay doesn't get a cover in base G variant. Speaking of engines, strong hybrid tech is given a miss. TKM probably won't offer strong hybrid tech on base variants in India as well.

Interior front, not a lot has been skimped on Innova Hycross base G variant. It gets climate control, roof-mounted rear AC vents with blower controls, front and rear armrests, dashboard-mounted gear selector, electrically adjustable mirrors, remote locking, a touchscreen infotainment system with steering-mounted controls and an MID in the instrument console.

Even a dual-tone dashboard is offered along with 60:40 split 2nd-row seats and 50:50 split 3rd-row seats. When compared to Innova Crysta, Hycross comes off as a lot more modern with respect to its construction, powertrains and technology. HyCross (Zenix) gets a 2.0L M20A-FXS engine making 152 PS. Since it is a hybrid, it gets an electric motor with 113 PS and combined, this powertrain offers 186 PS of power and 187 Nm of torque. It is solely offered with a CVT. A dedicated EV mode is present too.

ATLANTA, Georgia: As companies look to rein in costs and trim their headcount to brace for an economic slowdown, CNN's ...