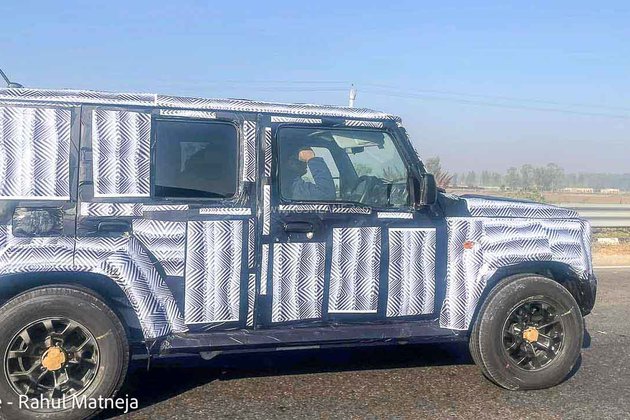 Maruti is pushing solid numbers with small cars. And now, they want the same from the SUV segment. This is due to the rising popularity of SUV segments and lifestyle off-roaders. In that regard, the company is working aggressively to expand its SUV portfolio. While the new Brezza and Vitara are off to a good start, there's more in store in the form of the upcoming Baleno Cross and 5-door Jimny.

It is already being sold in international markets in 3-door guise and has carved quite a niche for itself. That said, Maruti is launching a 5-door version of it in India and test mules are spotted in Leh and Ladakh as well. There are new test mules spotted that sport a 7-seat layout. Let's take a look.

One doesn't have to be an absolute genius to see a semblance with Mercedes-Benz G Class. A bloke from London has even converted a Jimny to a mini Brabus G63 AMG. Jimny is likely to be modders default choice and create a stir that Thar has created in India. Hat tip to automotive enthusiasts Rahul Matneja for spy shots and Riding Roots Adventure for spy video of Jimny 7-seater spotted.

For the first time, Jimny is spotted in a 7-seater layout. These appear to be front-facing seats, though. In previous spy shots, these extra seats were not easily recognizable. Maruti is aiming to position Jimny as a family SUV and not just an off-road vehicle. For these customers, added seats are a bonus. 3rd row seats are likely to be foldable to increase boot space.

Recent spy shots have revealed a red shade that the company has used for its upholstery. It is likely that the company will offer red upholstery with top-spec variants as an optional extra. With a red interior, Jimny's youthful appeal increases tenfold and is likely to attract a lot of young buyers.

On the inside, Jimny 7-seater is expected to get a range of creature comforts like a 9" touchscreen infotainment system, steering mounted controls, rear AC vents, USB charging port and intelligently designed storage spaces. Connectivity features are likely to be available with 5-door Jimny that are also offered with other products in the lineup.

Mechanically, this upcoming off-roader will get a 1.5L K15 motor that generates 100 bhp of max power and 130 Nm of peak torque. It is mated to a 5-speed gearbox and a 4×4 system with a low-range transfer case. Jimny will be based on a rigid ladder frame and pack 210mm of ground clearance, ample approach, departure and break-over angles and clearance, and 3-link rigid axle suspension with coil spring. 5-door Jimny is likely to be a tamed version in comparison to the 3-door model and 4X4 might not be offered as standard to get a friendlier starting price.

Debut is to take place at the 2023 Auto Expo in Jan while launch could take place soon after. When launched, it will compete with upcoming Mahindra Thar 5-door and Force Gurkha 5-door. Both of them are under testing currently. 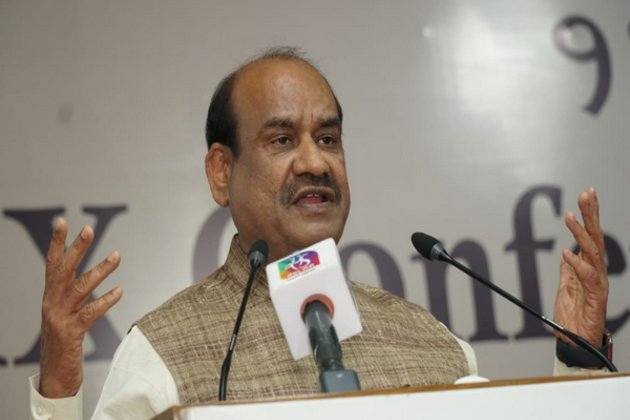 New Delhi [India], December 6 (ANI): The Rajya Sabha Secretariat has released a Code of Conduct for its members, a ...