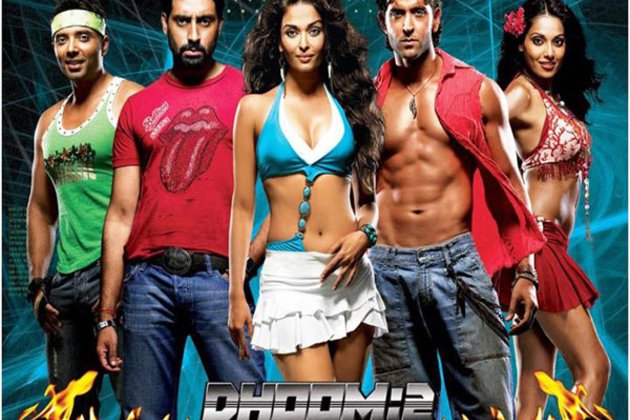 Taking to Twitter, production house Yash Raj films shared a video and captioned it, "There's more than one game going on here 16YearsOfDhoom2."https://twitter.com/yrf/status/1595628274981519360In the video, the production house shared a short clip from the film.

Helmed by Sanjay Gadhvi, the film was released in 2006 and was declared a blockbuster hit.

To mark the occasion, fans flooded social media and reminisced about the action thriller sequel.

The third instalment of the super hit franchise was released in the year 2013 and starred Aamir Khan in a double role.

Meanwhile, Hrithik will be next seen in director Siddharth Anand's next aerial action thriller film 'Fighter' opposite Deepika Padukone and Anil Kapoor.

The film is all set to hit the theatres in January 2024.

Abhishek, on the other hand, was recently seen in Amazon Prime Video's thriller series 'Breathe: Into the Shadows' season 2. (ANI)