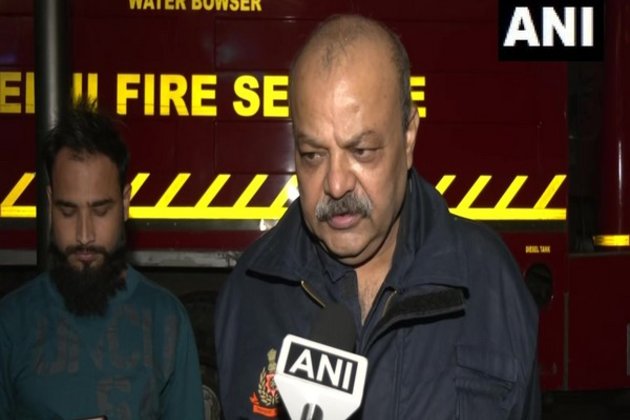 New Delhi [India], November 25 (ANI): Delhi Fire Service Director Atul Garg said on Friday said that the "situation is not very good" in the fire incident that broke out in Old Delhi's Chandini Chowk on Thursday night and informed that a major part of the building has been damaged.

"The situation is not very good as of now. 40 fire tenders are present at the spot. The fire will be brought under control by morning. No casualties have been reported so far. A major part of the building has been damaged," said Atul Garg, Delhi Fire Service Director.

A massive fire broke out in the shops of Bhagirath Palace market of Chandni Chowk in Old Delhi on Thursday night.

The process of extinguishing the fire is underway. As per information, around 40 fire tenders have reached the spot and are trying to douse the flames. No casualty has been reported till now.

He informed that the fire tenders and police are at the site and efforts are being made to bring the fire under control.

The call was received at 9:19 pm. More than 30 fire tenders, including one unmanned firefighter, have been pressed into service, informed the Fire Department.

"Fire has not been brought under control so far. Two floors have been damaged. No casualty has been reported. The reason for the fire is not known yet," Dr Harsh Vardhan said.

"Efforts are underway to prevent the fire from spreading so it does not damage adjacent buildings," the former Union Minister added.