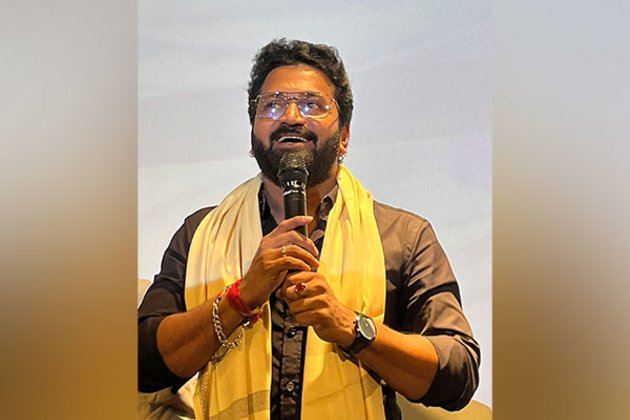 Panaji (Goa) [India], November 25 (ANI): Rishabh Shetty has been on a roll ever since his film 'Kantara' was declared superhit.

On Thursday, Rishabh attended an interactive session at the 53rd International Film Festival of India.

From talking about 'Kantara' success to how he entered into film industry and concept of pan-Indian films, the actor-director talked about several topics during the session.

According to Rishabh, films today are crossing the language barrier. He added that Indian cinema is presented in different languages and if the content connects with audience, the movie will be accepted as an All-Indian movie. He said that he believed in the mantra if a movie is more local and rooted, then it has a greater universal appeal.

He stated that the regional cinemas in the late 90s had influence of western movies. However, today they are incorporating local culture and diversity has given them the much-needed vibrancy and vividity which has been accepted by audience. To support his views, he added that people across India have accepted Kantara despite the language barrier, this is because the audience could connect well with the content.

Helmed by Rishab, 'Kantara' was released on September 30 and got a massive response from the audience for its storyline and amazing visuals.

Set in the fictional village of Dakshina Kannada, Kantara follows the character of Rishabh, who is playing a Kambala champion, who has a faceoff with an upright Forest Range officer. (ANI)

ATLANTA, Georgia: As companies look to rein in costs and trim their headcount to brace for an economic slowdown, CNN's ...