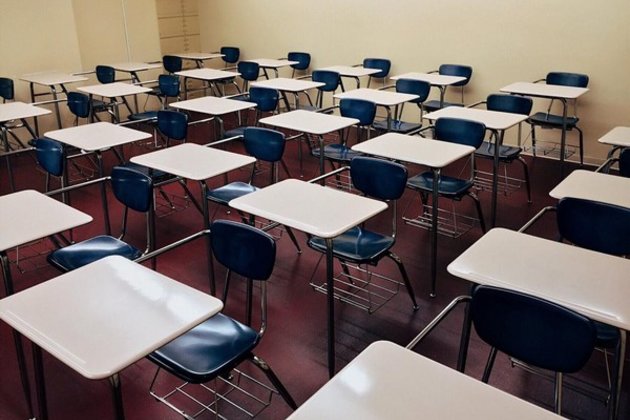 New Delhi [India], November 25 (ANI): Delhi government's vigilance directorate (DoV) has recommended a "detailed investigation by a specialized agency" into the "grave irregularities and corruption" by the Arvind Kejriwal Government in the construction of 2,405 classrooms in 193 government schools in the national capital.

According to DoV sources, the Delhi government's vigilance directorate has submitted its report to the Chief Secretary in the matter.

The Vigilance Department has also recommended "fixing the responsibilities of the concerned officials of the Education Department and PWD" who were involved in the alleged bungling to the tune of nearly Rs 1300 crore.

It has also recommended forwarding its findings along with the replies of Public Works Department (PWD) and the Education Department to the Central Vigilance Commission (CVC) for consideration.

The CVC, in a report dated February 17, 2020, highlighted irregularities in the construction of additional classrooms in different schools of the Delhi Government by the Public Works Department (PWD).

The CVC, in February 2020, had sent the report to the DoV seeking its comments on the matter but the Aam Aadmi Party (AAP) government did not pursue the matter for two-and-half years until Lieutenant Governor VK Saxena, directed the Chief Secretary to inquire into the delay in August this year, and submit a report in this regard.

"Apart from several procedural lapses and violation of rules and manuals to tamper with the tender process, the DoV, in its report, has specifically underlined the role of private persons viz. 'M/s Babbar and Babbar Associates', who, without being appointed as a consultant, not only attended a crucial meeting held on June 21, 2016, in the chamber of the then PWD Minister but also influenced the Minister for post-tender changes done in the work contracts in the name of "richer specifications" that resulted into additional financial implications of Rs 205.45 crore, the report said.

"Extra constitutional agencies/persons (like M/s BabbarBabbar Associates) were running the administration and dictating the terms and conditions to the officers and the entire administration both at policy level as well as the execution level were implementing such directions of a private person in a place like National Capital of the Country, which is not only against TBR, 1993 and other rules, regulations and guidelines, besides being a serious threat to securities aspect. This kind of approach will lead to administrative anarchy and chaos," the report further reads.

CVC received a complaint on August 25, 2019, regarding irregularities and cost overrun in the construction of classrooms. The construction cost escalated by upto 90 per cent in the name of "richer specifications" without calling tender. The Delhi Government sanctioned cost escalation of Rs 500 crore without tender. Blatant violation of GFR, CPWD Works Manual and poor quality of construction and incomplete work.

According to the findings of the CVC investigation report, tenders were floated for the works originally proposed and approved, but later on, awarded contract value varied from 17 per cent to 90 per cent on account of "richer specifications".

The cost escalated to the extent of Rs.326.25 crore, which is 53% higher than the awarded amount of tender.

"In 194 schools, 1214 toilets were constructed against the requirement of 160 toilets with extra expenditure of Rs 37 crore. Toilets were counted and projected as classrooms by Delhi Government. Only 4027 classrooms were constructed in 141 schools. The sanctioned amount for these projects was Rs.989.26 crore and the award value of all tenders was Rs 860.63 crore, but the actual expenditure went upto Rs 1315.57 crore. No fresh tender was called but carrying out the additional work. A number of works were left incomplete. Gross violation of GFR, CPWD Works Manual and CVC Guidelines," it said. (ANI)