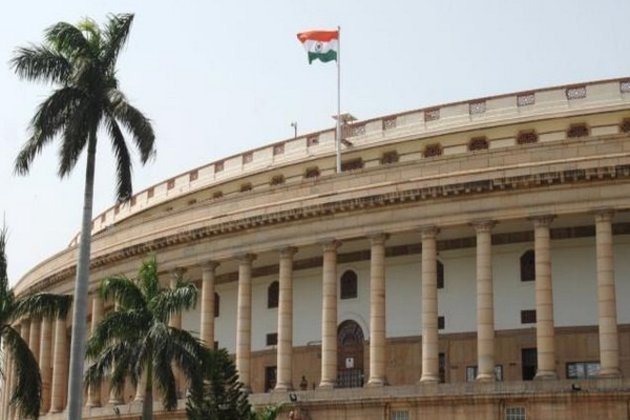 New Delhi [India], November 25 (ANI): Parliamentary Affairs Minister Pralhad Joshi will convene an all-party meeting of floor leaders of Lok Sabha and Rajya Sabha on 6 December in Parliament, a day before the commencement of the Winter Session to discuss important legislative business.

He will also discuss the issues likely to be taken up in the Winter Session of the Parliament.

"It is my pleasure to invite you for a meeting of Floor Leaders of Political Parties in Lok Sabha/Rajya Sabha to discuss Legislative Business and important issues likely to be taken up in the ensuing Winter Session of Parliament," Joshi said in a letter to the floor leaders of both the Houses.

The Minister also sought cooperation in ensuring the "smooth functioning" of both Houses.

"I would also like to seek your cooperation to ensure the smooth functioning of both Houses. The meeting shall be held on Tuesday the 6th December 2022 at 11.00 am at Parliament Library Building, Parliament House," he wrote.

The Winter Session of Parliament will be held from December 7 to December 29 this year, the Union Parliamentary Affairs Minister announced earlier.

The upcoming Winter Session will have a total of 17 working days, he said.

Notably, this will be the first session during which Vice President Jagdeep Dhankar, the Chairman of the Rajya Sabha, will officiate proceedings in the Upper House (Rajya Sabha).

While the government is planning to pass a number of bills during the upcoming session of Parliament, the Opposition will demand a discussion on the pressing matters.

On the first day of the session, the members are likely to pay respects to the sitting members who passed away. Samajwadi Party patriarch Mulayam Singh Yadav was one of the leaders whose death had prompted tributes from leaders across political parties.

The Monsoon Session commenced on July 18 and adjourned on August 8. The session saw 16 sessions spread over a period of 22 days.