Had Congress not been in picture, AAP would have formed government with full majority in Gujarat like Punjab: AAP's Isudan Gadhvi 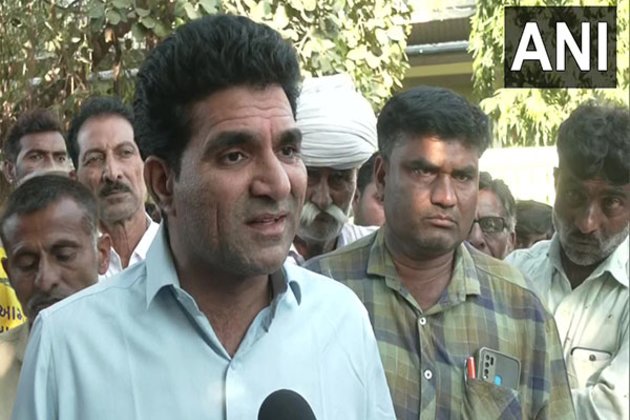 Dwarka (Gujarat) [India], November 25 (ANI): Had Congress been not been in picture in Gujarat, the AAP would have been in a position to form the government with full majority just like it did in Punjab, AAP leader Isudan Gadhvi said here on Friday.

Talking to ANI, the AAP's CM face for Gujarat, Isudan Gadhvi attacked Congress and termed it as the 'B team' of the ruling BJP.

Gadhvi expressed optimism that AAP will form the government in the state with full majority.

Responding to a question regarding AAP supremo and Delhi CM Arvind Kejriwal's video in which he appealed electors not to vote for Congress, Gadhvi said Congress was dividing votes and further its MLAs will be available for sale.

"Arvind Ji in Goa told electors not to vote for Congress. He said so because if they voted for the Congress, its MLAs would go to the BJP. This time we hear that the BJP has helped half of its leaders to get Congress tickets so that after winning they will join BJP," the AAP leaer said.

As many as 65 big Congress leaders including its MLAs joined BJP in last eight years, so whose B team is Congress" asked Gadhvi.

"If BJP gets 70 seats and Congress 10-15 and if all Congress MLAs will join BJP then they may be in a position to form the government to 'loot' farmers again," he alleged.

On AAP leader and Delhi minister Satyendar Jain's CCTV visuals from Tihar jail, Gadhvi said "It is BJP's plan, conspiracy which will go on till December 8 to insult (Delhi CM)Arvind Kejriwalothers... Someone is sick, has a medical certificate for it. Why is there a CCTV in jail?"Isudan Gadhvi further said that there is a prohibition on liquor in Gujarat but a liquor scam came to light after the death of over 70 people but it is not probed but in Delhi, "liquor scam" is being probed where not a single death occurred. Further, what happened in Morbi, he added.

Everyone trusts Arvind Kejriwal. Everyone hopes that AAP would provide better power, health and education facilities in Gujarat. People have fed up with BJP and Congress, he added.

"I am an ordinary person and remain so in future", he added. (ANI)