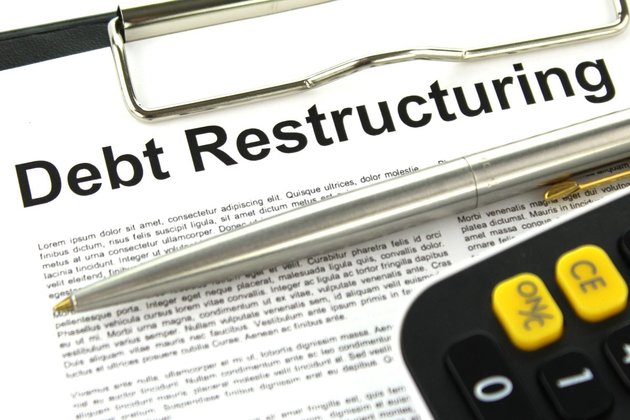 Ghana is facing multiple financial and economic challenges and has requested a US$3 billion bailout from the International Monetary Fund (IMF) to help it restore macroeconomic stability. This will include bringing public debt down to more manageable levels from the currently estimated 105% of GDP to 55% in present value terms by 2028.

IMF assistance, which is yet to be approved by the fund's executive board, is conditional on Ghana restructuring its public debt - domestic and external - which in turn requires the buy-in of bondholders. This means that those who lent money to the government by buying bonds will have to agree to the restructuring, such as a longer repayment period.

As a first step of the debt restructuring, the Ghanaian government announced a voluntary Domestic Debt Exchange Programme (DDEP) in early December 2022. It seeks to exchange about GHS137.3 billion (US$11.45 billion or about 15% of 2021 GDP) of existing domestic notes and bonds held by various local investors for a package of 12 (initially four) new bonds with different payout dates.

For any sovereign debt restructuring exercise to succeed, a qualifying majority (usually 75%) of debt holders must agree to change the contract's key financial terms. This prevents a minority investor group from holding out and preventing the debt restructuring from proceeding.

But the subscription to this programme is below 50%, well below the government's 80% target. Bondholders have stated that the terms offered mean that they will lose money.

Groups such as the Ghana Individual Bondholders Forum have estimated losses of 50% to 90% on their investments if they exchange their current instruments.

That's where things are stuck, forcing government to extend the closing date for the bond exchange three times already since early December 2022.

So what's gone wrong? Why has the government not been able to get domestic bondholders to accept the terms it has put on the table?

I offer four reasons: investors face significant losses; the government's "take-it-or-leave-it" approach; a lack of faith in the government; and the fact that there's no sense of sharing the burden.

What's behind the standoff

Significant losses by investors: My colleague Dr Yakubu Abdul-Salam estimates that investors will lose 62.40% of their bond's original market value. The Ghana Individual Bondholders Forum says bondholders will lose about 88.2% of their investments at current inflation levels. Several bondholders have refused to participate. This is contrary to the government's earlier expectation of "overwhelming support for this exchange".

Ghana's government has so far announced three extensions of the deadline as it struggles to reach the industry benchmark of a qualifying majority. The new 31 January 2023 deadline may not be met either.

Government's take-it-or-leave-it approach: Government has presented the plan as a free or voluntary choice. But there are no real alternatives on the table.

If the restructuring is not carefully managed, it could have a substantial impact on the domestic financial sector, which owns a large portion of the bonds. Any losses within the financial sector then cascade into adverse effects on economic growth, employment and inequality.

The government's approach has been to "divide and conquer". Instead of meeting all the bondholders' representatives through, for example, a national debt forum, the government has met some groups individually to offer or change concessions.

This strategy means one group loses out and another gains. For example, individual bondholders were initially excluded from the bond exchange programme. They were included after pension funds were exempted from the programme.

Lack of good faith in the government: Bondholders feel that the government has not been truthful about the dire state of the economy.

The current administration has sought to blame the Russia-Ukraine conflict and the COVID-19 pandemic for Ghana's current economic and financial challenges. The conflict has been a contributing factor but several studies, including one by the World Bank, have shown that Ghana's finances were precarious even before the pandemic. For example, the country's external (foreign) and overall debt were at a high risk of distress as far back as 2019.

In other words, the country had been living beyond its means for years. It only needed an external shock to expose the weakness.

No sense of burden-sharing: Bondholders have also expressed reservations about the burden of the bond swap not being shared across the society. Nor is it being pitched as though it would achieve better outcomes for the country.

One of the key lessons from Jamaica's successful debt exchange programme, as highlighted in a 2012 IMF study, is that

This made the plan acceptable to those directly affected.

In Ghana's case, the government's divisive approach has made it difficult for bondholders to appreciate the severity of the situation and thus reach acceptable comprises. One demonstration of burden sharing, for example, would be to cut wasteful public expenditure and the size of government. Without this, the terms of the bond swap amount to what the convener of the Individual Bondholders Forum has described as

How can uptake be improved?

Ghana must comprehensively restructure its public debt and improve its public finances. But the proposed bond exchange must be restructured to increase its chances of acceptance by domestic bondholders.

How can this be done?

Firstly, by organising a national debt forum with all stakeholders. The forum would offer an opportunity for frank conversations with all bondholders present rather than the current siloed divide-and-rule approach whose outcome has been the inclusion, exclusion and re-inclusion of certain categories of domestic bondholders.

Secondly, the government must renegotiate with the IMF to extend the "below 55% of GDP in NPV terms by 2028" public debt target to at least 2032. This would buy the country time to adjust gradually. The scale of cuts and debt restructuring needed now could be milder. It would also mitigate the ripple effects on the economy, which includes some domestic financial institutions possibly going under due to considerable losses.

Thirdly, the government must share the burden by cutting down on wasteful expenditure. In Jamaica, they understood the need "to change course, away from a history of continued public debt expansion and government deficits, which had not delivered in terms of economic growth and improved standards of living". The same could be said of Ghana.