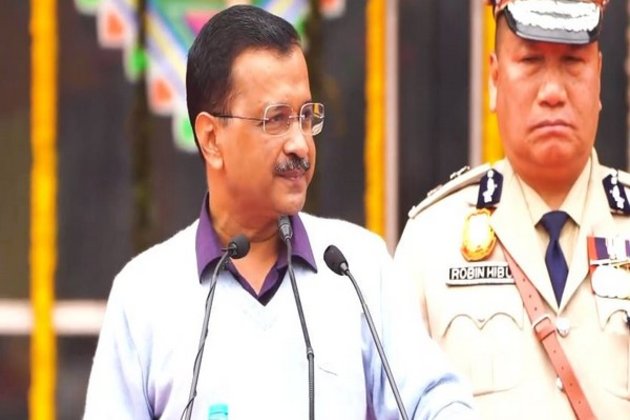 New Delhi [India], January 25 (ANI): In a televised address on the eve of the 74th Republic Day celebrations, Delhi Chief Minister Arvind Kejriwal on Wednesday called on citizens to boycott China and the government to stop all trade ties with the eastern neighbour.

"It is the duty of every Indian to boycott China. All trade with the country should be stopped," the Delhi CM said in his televised address.

"As we celebrate our 74th Republic Day, two things need to be borne in mind. China has been eyeing our borders for quite some time. Our soldiers are fighting bravely on the border. While the government is duty-bound to support them, it is our duty to boycott China and stop trade with it," Kejriwal said.

"Unfortunately, however, we continue to increase our trade ties with China, making it richer at our expense. With the money it is making out of the growing bilateral trade ties with India, China is developing dangerous weapons. Why do we have to buy China-made slippers, shoes and a range of other items when the same could be manufactured in our country? If we boost indigenous production of these items, more people will find jobs," the Delhi CM added.

Also coming down heavily on Delhi Lieutenant Governor VK Saxena, Kejriwal said in a democracy, people are supreme, and his government will do whatever the people want.

The L-G and the AAP government in Delhi have been at daggers drawn over multiple issues.

In an oblique reference to West Bengal where former Governor and current Vice President Jagdeep Dhankhar had repeated run-ins with the Mamata Banerjee government, the AAP convenor said, "In one of our states, the chief minister wrote to the Governor asking him to convene the Assembly session and but he raised questions on the same. Our democracy is under threat."The Delhi CM claimed 12 lakh industrialists left the country in the last 5 years as they were hounded by central agencies and couldn't find a conducive ambience to invest in the country.

Also taking on the Centre over inflation, the CM said, "Inflation is at its peak in the country but at its lowest in Delhi.

"I demand that the central government remove GST on food items. I hope the Centre gives the people some respite from the burden of inflation," he added. (ANI)