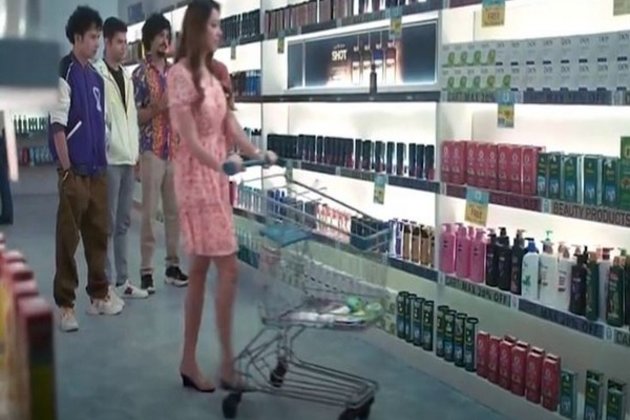 By Payal MehtaNew Delhi [India], June 4 (ANI): The Information and Broadcasting Ministry on Saturday ordered the suspension of a controversial deodorant advertisement which allegedly spoke about women in a derogatory manner. An inquiry has also been initiated as per the advertising code.

The Ministry swung into action for suspending the advertisement within hours of coming to its notice.

Social media reported a lot of outrage over the advertisement, trying to talk about women in a certain derogatory manner, forcing the government to take action.

A top source in the IB Ministry told ANI, "This is completely unacceptable and we have taken action as per the advertisement code."It is also known that the Ministry has written to social media giants Twitter as well as YouTube asking them to immediately take off this advertisement from their platforms.

"The above-mentioned videos are detrimental to the portrayal of women in the interest of decency or morality, and in violation of rule 3(1)(b)(ii) of the Information Technology (Intermediary Guidelines and Digital Media Ethics Code) Rules, 2021, which inter-alia provides that the users shall not host, display, upload, modify, publish, transmit, store, update or share any information which is insulting or harassing on the basis of gender," stated the ministry in a letter addressed to Twitter and YouTube.

"It may be mentioned that the concerned videos were also broadcast on TV. In this regard, the Advertising Standards Council of India (ASCI), the body which lays down the Code for self-regulation in advertising on TV in accordance with rule 7(2)(ix) of the Cable Television Network Rules 1994, has also found the video to be in violation of its guidelines. In this regard, ASCI has notified the advertiser to suspend the ad on an immediate basis," the letter further said.

"In light of the above and in accordance with rule 3(1)(d) of the Information Technology (Intermediary Guidelines and Digital Media Ethics Code) Rules, 2021, the intermediary Twitter is hereby notified under clause (b) of sub-section (3) of section 79 of the Act not to host the tweets containing the concerned videos on its platform," the IB ministry letter stated.

The Advertising Standard Council of India taking to Twitter, wrote, "The ad is in serious breach of the ASCI Code and is against public interest. We have taken immediate action and notified the advertiser to suspend the ad, pending investigation."Netizens have reacted aggressively, calling this advertisement "one trying to promote rape".

The advertisement for the perfume brand shows four men in a convenience store, standing behind a woman. The men are then heard saying "there are four of us, but there's only one, who will get a shot". It then shows the visibly shocked woman turning to them uncomfortably when one of them went to grab a single bottle of 'Shot' perfume kept on a rack. (ANI)